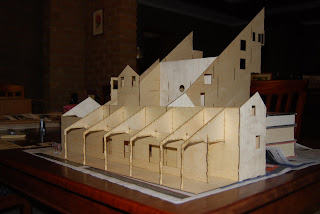 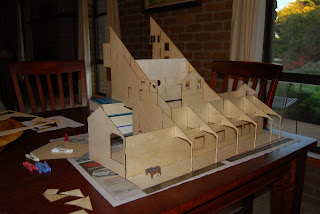 In a couple of hours the base structure went together very well. So well that I ran out of glue! I went to town this morning but I couldn't find glue anywhere so progress will have to wait until I get to the Bunny warehouse. While I am waiting I should start making some corrugated iron because this is going to need quite a bit.
Cheers Murray
Posted by Murray Scholz at 7:19 PM