The first year in the expanded shed

It is hard to believe that it is just over 12 months since the extensions to my train shed were completed. In the last year I think I have achieved quite a bit, but sometimes it has seemed like two steps forward and one step back. 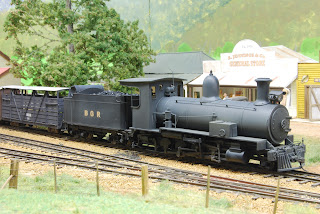 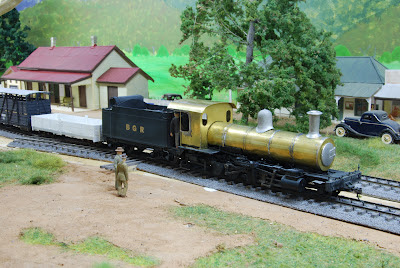 Inspiration has come from South African railways NG15, Commonwealth Railways NM and various Indian 30 inch gauge locos. I still have to add running boards, air pump & plumbing, hand rails and cab details. The white metal details are not yet attached ( I know﻿ the smoke box door is crooked) but I am pleased with how it is all progressing
Posted by Murray Scholz at 7:19 AM 2 comments: