The farmyard at "Long Hollow Station"

This year I wanted to take a diorama to the Narrow Gauge convention in Melbourne. I have wanted to include a model of a farm on my layout and so decided to build the collection of buildings that make up the farm yard.  All the  four buildings are models of actual structures that still exist (some only just). The era I model, the late 1940's was a time of transition when the horse was being replaced with tractors and cars.
When I was growing up in the 1970's most farms still had stables, blacksmith/workshops and milking sheds. Today most of them are gone, victims of progress and termites. I built this diorama as a tribute to my grandparents who farmed back then and worked very hard to give my parents and I opportunities they never had.
When the area I live was first settled it was made up of very large stations covering tens of thousands of acres. Before wire fencing was invented these properties were cut into few but very large paddocks. Long Hollow was the name of a paddock that covers much of our farm, so I thought that was a fitting name for the farm on my layout.
It has taken most of my modelling time this year to get this built. I didn't win any prizes in Melbourne, but I think entering competitions are more about pushing yourself to try new things and to be a better modeller. If nothing else a deadline guarantees I will get something finished

If its Easter on an odd numbered year it means that its the Australian Narrow gauge convention. This years convention was the 11th and it was held in Melbourne and what a cracking weekend it was. I have been to nine conventions now and it was great to catch up with friends, make new friendships, be inspired and just have a good time.


I began the weekend with some rail-fanning on Puffing Billy, 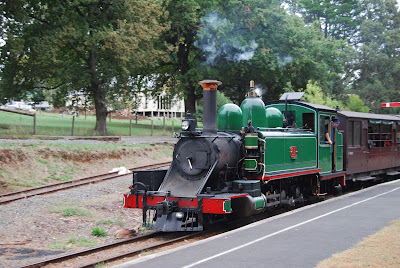 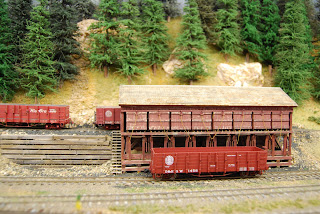 I had the opportunity to photograph the railway yard at Emerald. This was once a busy station on the Victorian narrow gauge branch from Ferntree Gully to Gembrook. Today Puffing Billy runs through. 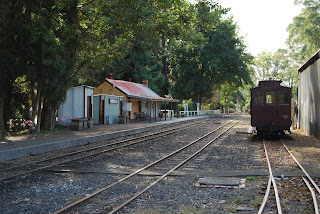 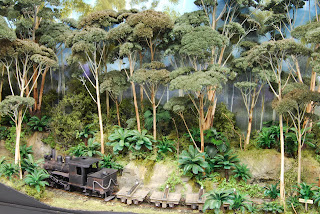 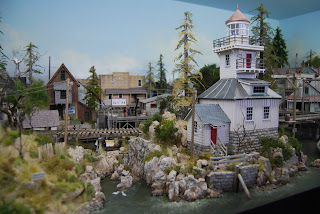 Smugglers Cove built by Geoff Nott and Michael Flack (On30) 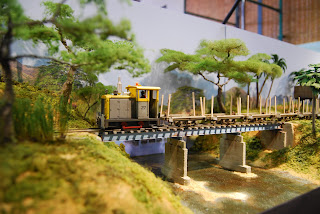 Lomu Lomu by Steve Petitt. A beautiful layout that Steve only started in January.
There was numerous more models and layouts as well as traders to help spend the hobby budget. Like I said it was a great weekend and I have come home inspired and keen to work on the layout. The next convention will be held at Bowral Easter 2015 and I already have it in my diary.
Posted by Murray Scholz at 7:30 AM 1 comment: