In June last year I made a video tour of the layout that you can watch here. It is sometimes easy to feel like that I am not getting much done on the layout. When I watch last years video I realise that in the past twelve months I have gotten quite a bit of work done on the layout.

To give you an idea of what I have achieved this last year I have made another video tour.


Please forgive the shaky video as I shot it with my iPad. I hope you enjoy it and thanks for watching
Posted by Murray Scholz at 6:09 PM 2 comments: 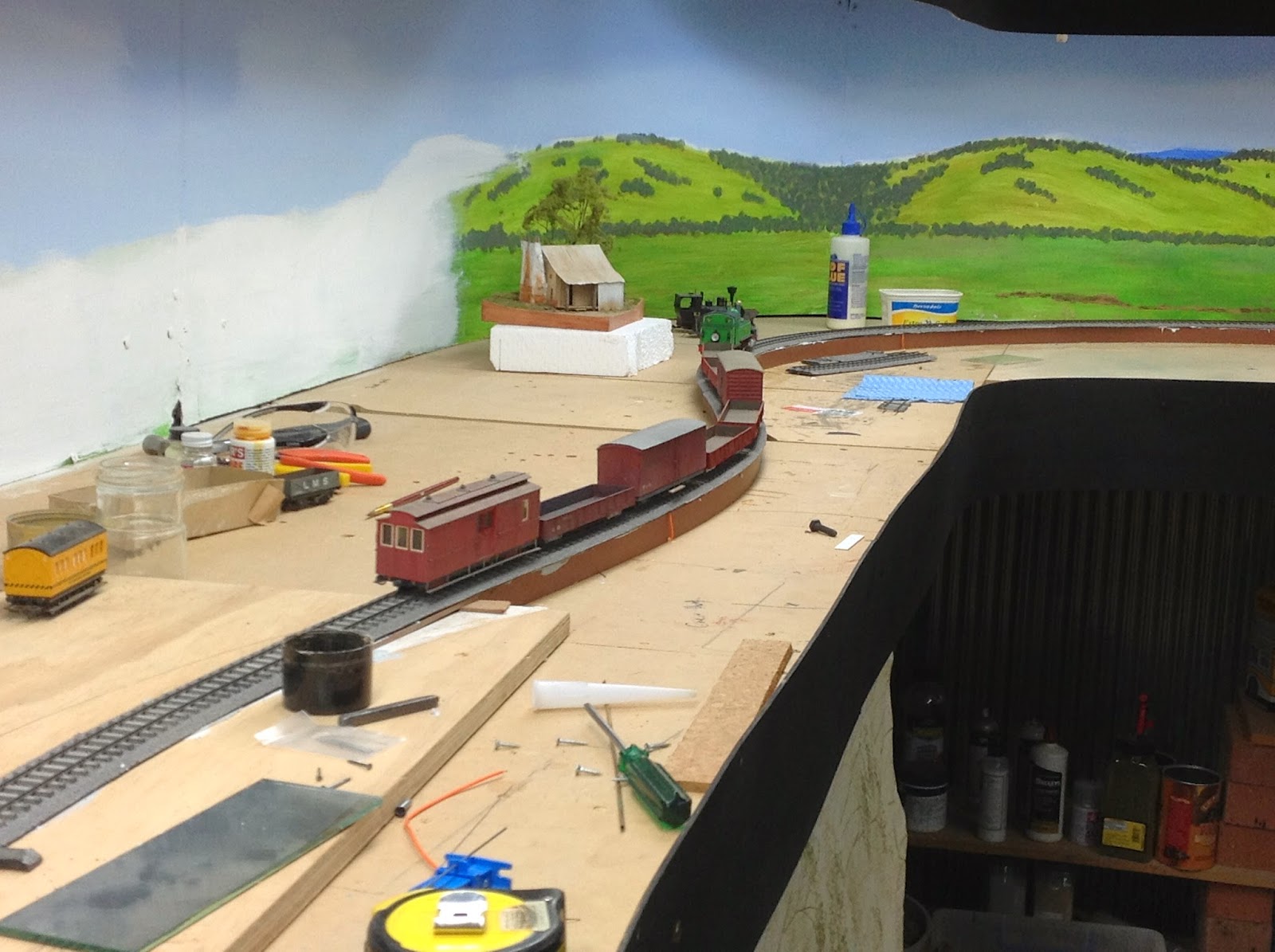 It was a simple change as the yard was laid on a single board. All I had to do was remove the track at one end cut a couple of wires and shorten the board. I had to remove a couple of point throw machines and all in all it only took a day to do. I spent last weekend relaying the track & repairing the wiring and everything was going great until I went to reinstall the point throws. I have managed to put a point over a non moveable piece of the frame! Doh! It is only in the wrong spot by 10 mm but its still the wrong spot. I have been scratching my head since pondering what I will do. I am still undecided but it does reinforce the adage check at least twice before you lock yourself in.
Posted by Murray Scholz at 5:25 PM 3 comments: