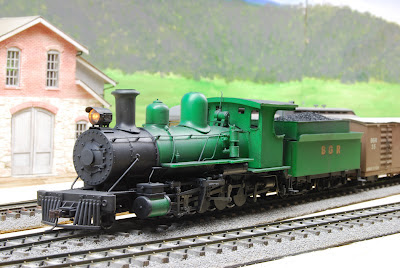 The bright green paint of my modified loco has gotten the better of me. It was looking to pristine and dare I say it, a little too toy like﻿. It badly needed to be weathered. It has been a while since I have weathered an engine, so I was a bit apprehensive at taking to a perfectly good paint job.

I am a fan of the Wild Swan book The art of weathering by Martyn Welch and have used the techniques as described with some success. Having said that modelling techniques are always evolving and I have been watching with interest at what the military modellers have been developing. 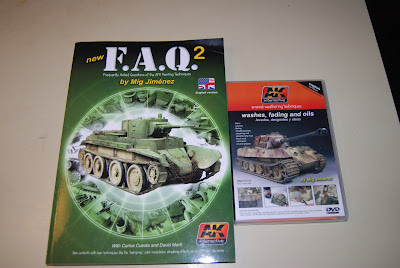 In the past 12 months I have bought a DVD & a book from the European firm AK interactive. They can at times feel a little like adds for their products but there is no denying that the results are spectacular. I recently bought some AK interactive products from BNAmodelworld who are great to deal with. They also sell the book & DVD as well as paints like Vallejo at prices very competitive with overseas retailers( no connection - just a happy customer). 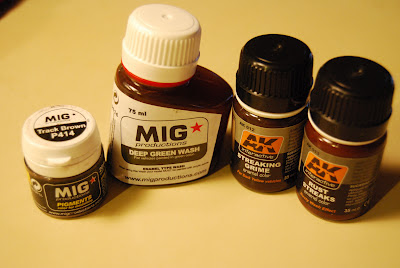 The first thing I did to my engine was give it a coat of satin clear acrylic which protects the paint and lets me remove the weathering if something goes wrong! Once that was dry I gave it a thin coat of MIG deep green wash. This really made the details like the rivets stand out.

Once that was dry I gave the whole loco a dusting of Floquil weathered black. I made sure that I only air brushed from the top to simulate the grime and cinders that would settle over a working engine. I then gave the running gear and underframe a dusting of Floquil grimy black. After the paint had dried for a few days I added some streaks of AK interactive streaking grime. With this technique you paint on in vertical lines, the streaking grime with a thin brush and let it dry for 5-10 minutes. You then come back with a flat brush that has been dipped in white spirits and work the lines down the side of the tender thinning them as you go. 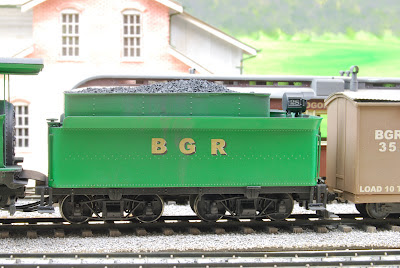 It is harder to explain than do, which is what makes the DVD and the many photos in the book so useful. As you can see from the photo of the tender, it makes the model look like that while it is well looked after, it is still a hard working loco hauling trains over the Buckland Gap on the Bogong & Geehi. I am planning to add a little of the track brown and some earth pigments to the tender trucks and counter weights on the engine.

I could have weathered the engine even more with rust streaks and more grime but I wanted something that looked well cared for. If you have another look at the first photo of this post I hope you will agree with me that I have achieved my aim.

Posted by Murray Scholz at 6:58 PM No comments: 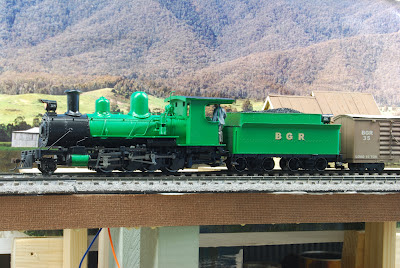 A couple of post's ago I wrote about my efforts to turn a Bachmann On30 2-8-0 into something more Australian. Well a few weeks back I put a cold weekend to good use and spent my time completing my project and here are the results. With the very cold winter we are having it has been a bit of a challenge to get it painted. I extended the tender sides with some brass strip and added rivet details to the cab and tender with Archer transfers resin rivet transfers.

I am very pleased with how it looks. The green is a NSW government railway colour from Railey paints. It is a bit bright at the moment but some weathering should tone it down nicely. It has also had a Tsunami sound decoder fitted. 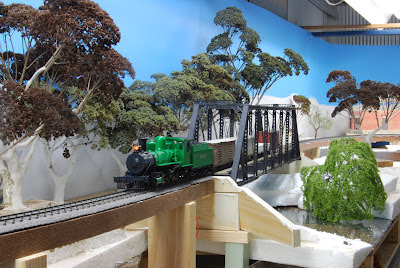 As you can see I am enjoying watching and listening to her trundling back and forth on the track that has been laid so far. You can also see in the photo that I have started work on some scenery. I have started work on the river and some basic land forms. I hope to do a post soon with more details soon but with the weather the way it has been I am not spending much time in the shed so progress has been slow.

Cheers Murray
Posted by Murray Scholz at 6:11 PM No comments: