I always try to build a model to take to narrow gauge conventions. I have a couple of reasons for this. One is that with a deadline I have a goal to getting a model finished. The other is that I think competing in competitions is a good way to help lift your modelling skills and standards. If you know a model is going to be judged by your peers, I find that I am willing to put more effort in. I am also less likely to put up with good enough. 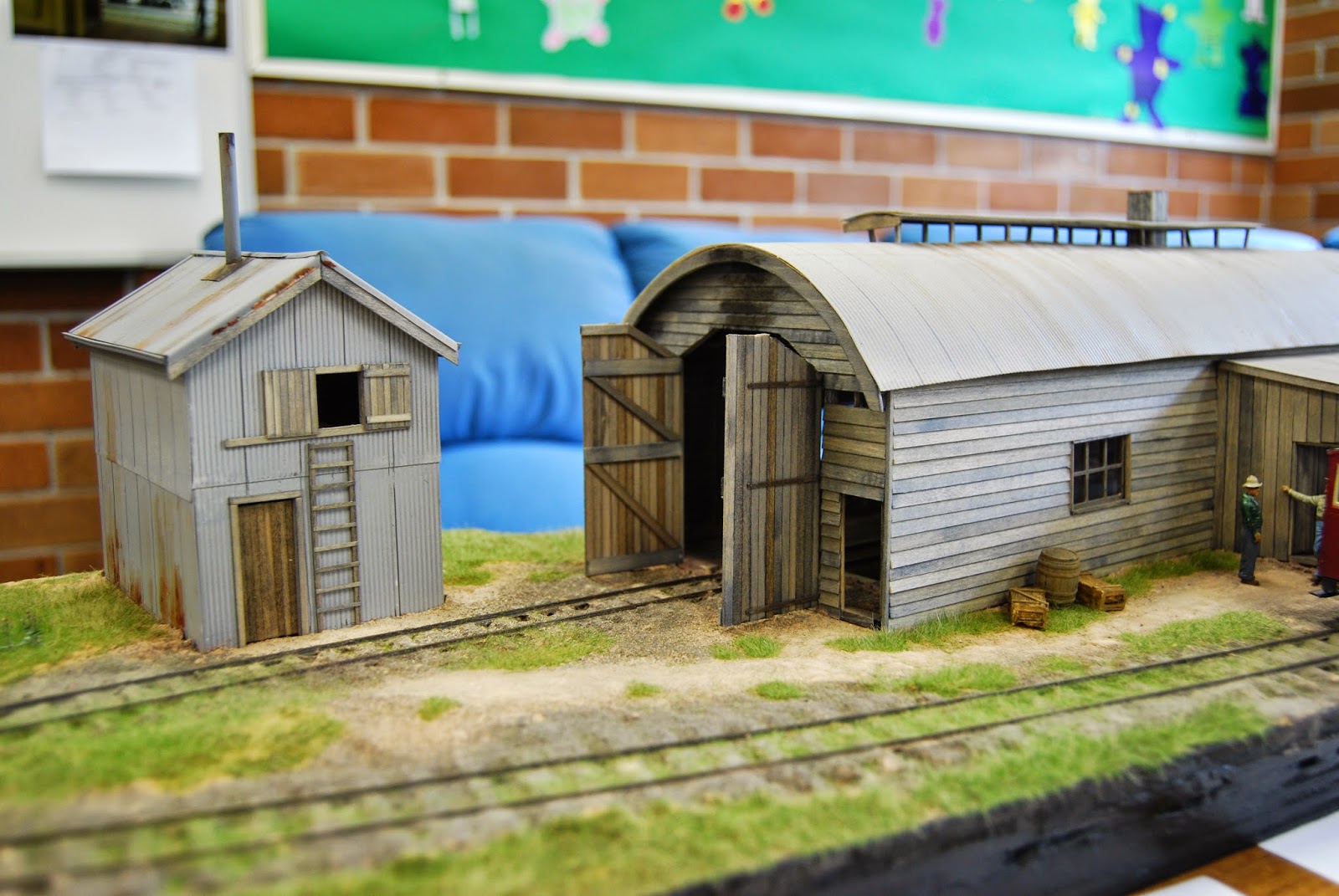 This year I decided to build a model of the Victorian narrow gauge engine shed and sandhouse at Colac. It is an unusual building with its curved roof which added to its appeal to model. I started with a set of the original plans and gathered all the photos I could find, which wasn't as many as I would have liked. 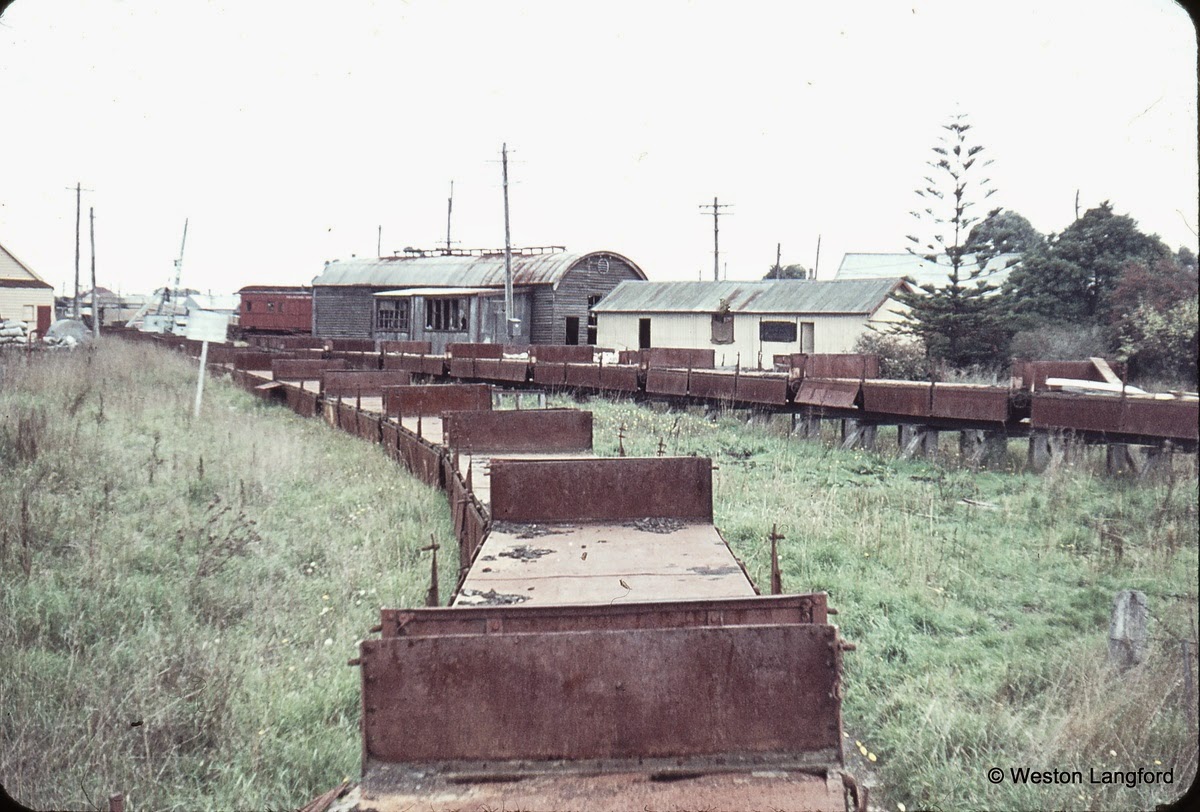 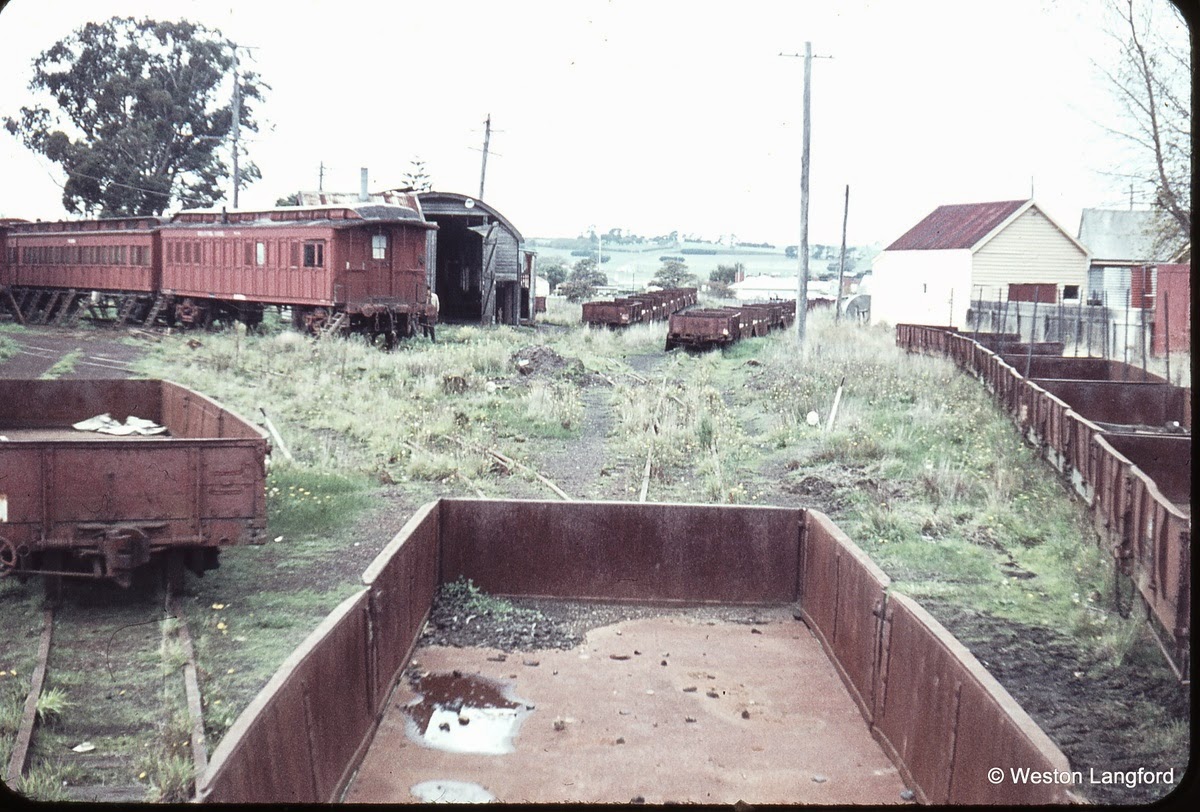 These two photos from the collection of Weston Langford where taken two years after the narrow gauge had been abandoned. The sandhouse has been removed and the engine house and crew quarters are looking a bit worse for wear. I have built my model to look more like it appeared in the 1940's. My model is fully scratchbuilt using board on board construction with scale lumber from Mt Albert scale lumber available from The Railcar. The corrugated iron is from Model O kits 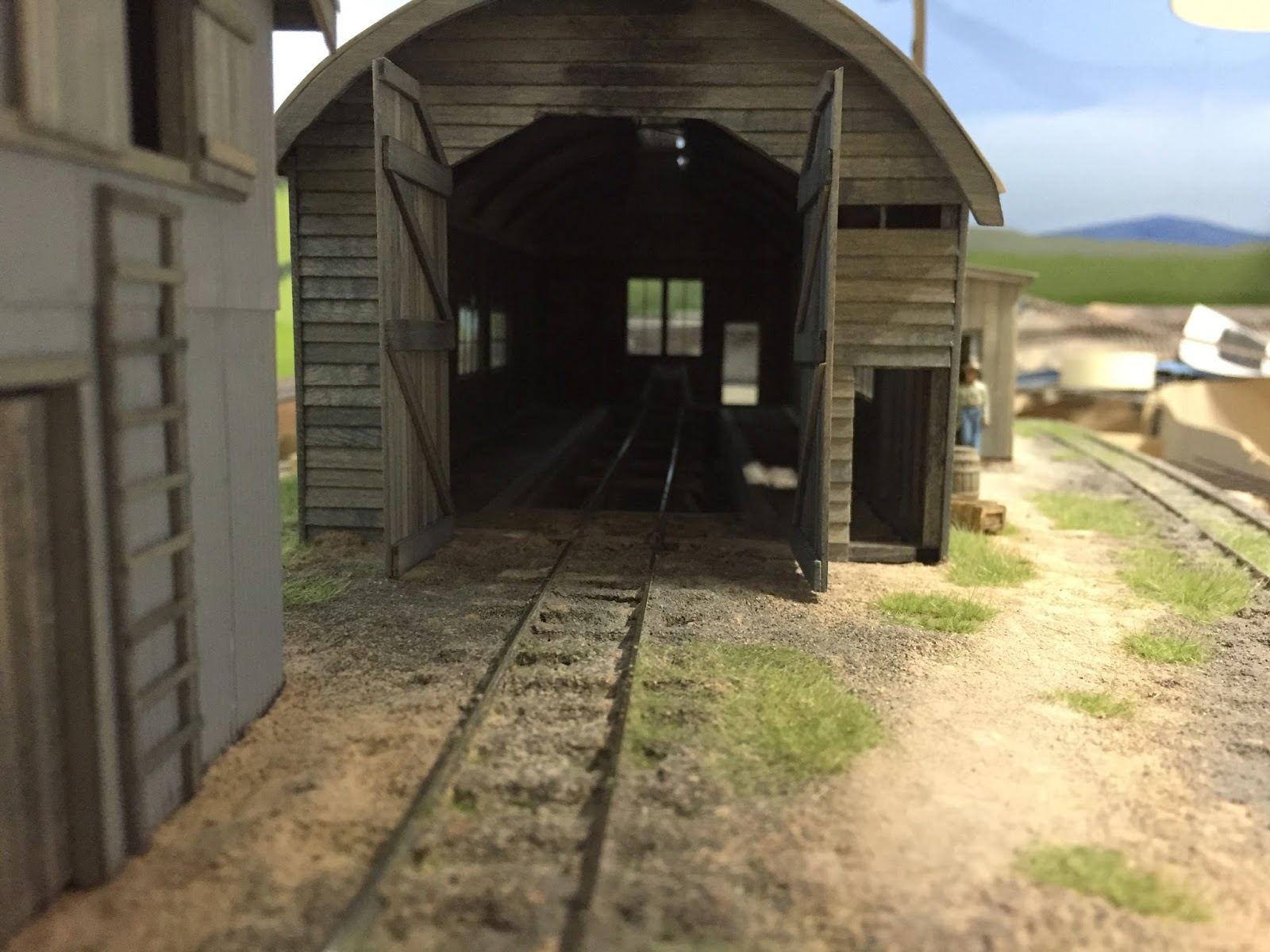 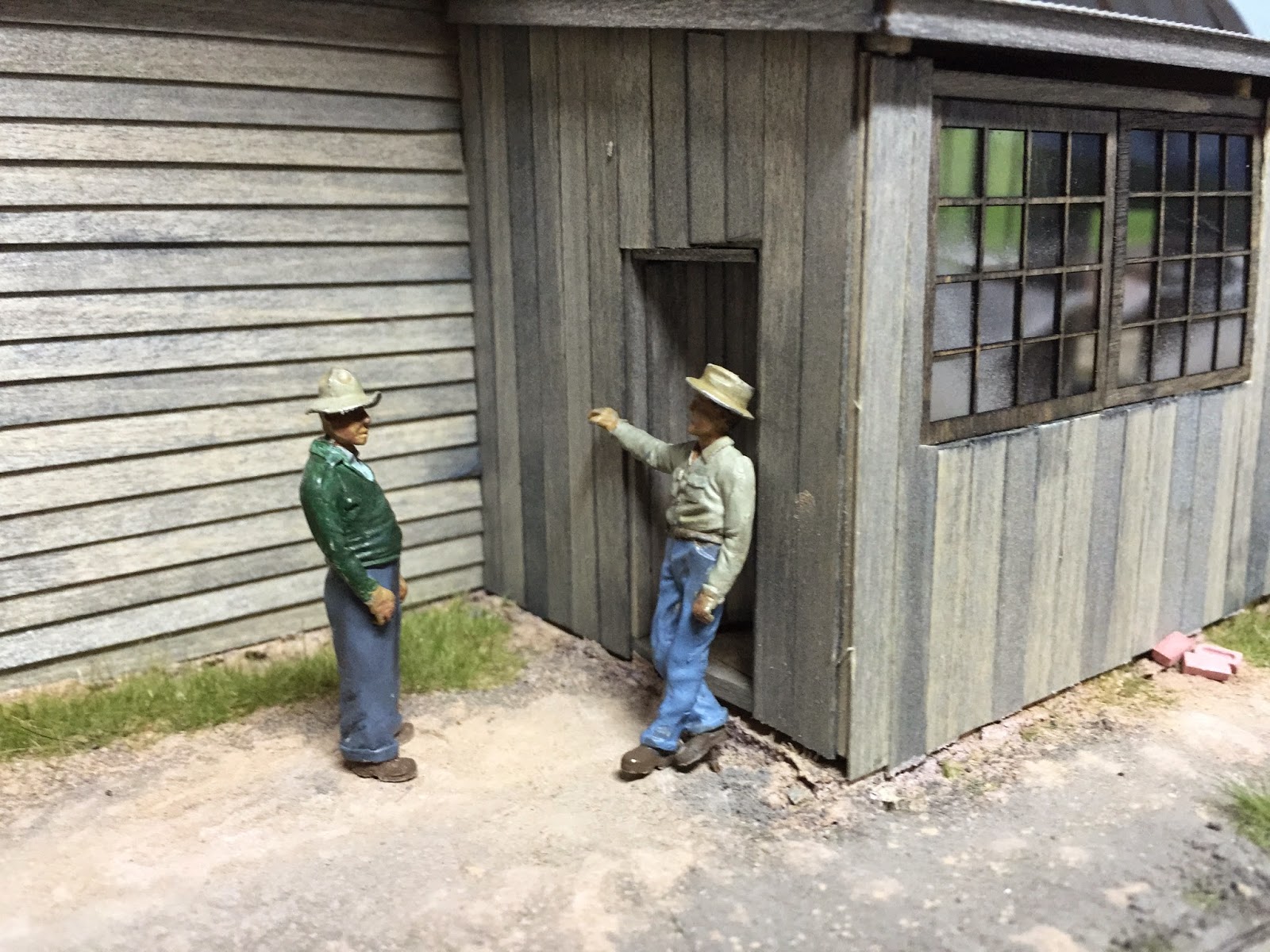 I am quite pleased how the finished model looks. I had hoped to add a full interior but time beat me and That is something that I will get to later. I was honoured to receive second place in the prototype scene section at the convention.
Cheers Murray

Last weekend I travelled to Bowral to attend the 2015 Australian narrow gauge convention. I really enjoy attending the narrow gauge conventions and this was the ninth one that I have attended. It is always great to catch up with friends, meet new friends, develop some new skills at the clinics and blow the budget at the retailers.

One of the highlights of the conventions is the contest room. This year was no exception, and the modelling was at a very high standard.
﻿﻿﻿﻿﻿﻿

﻿ I did take a model to the contest room which I will cover in my next post. The next convention will be held in 2017 at Geelong Victoria.

Posted by Murray Scholz at 6:45 PM No comments: